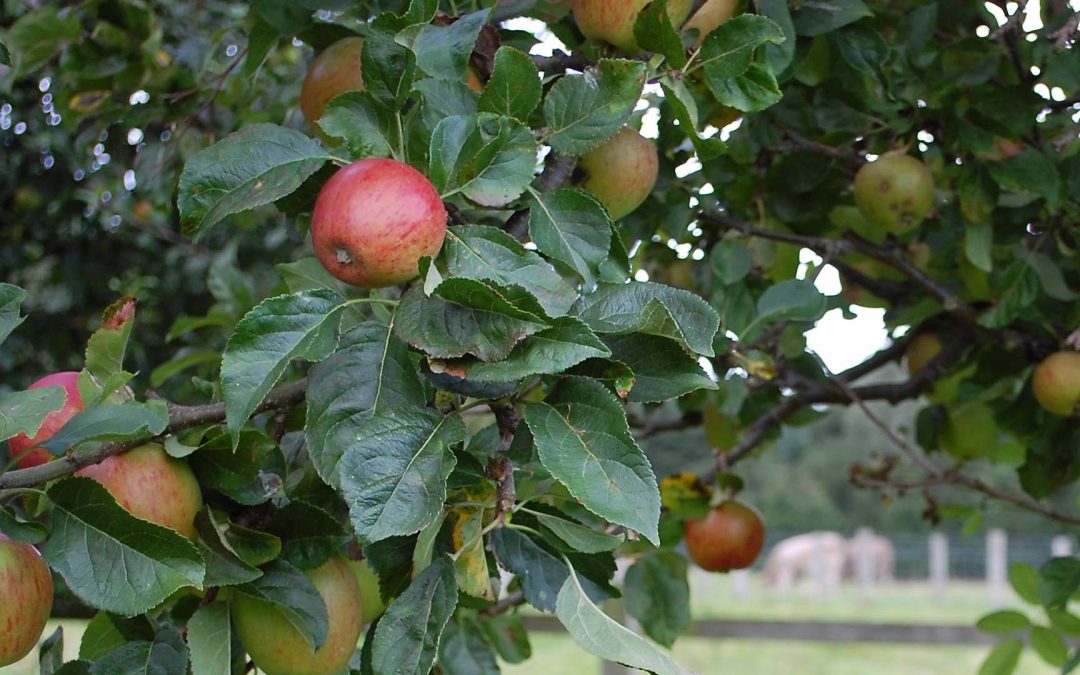 Having a healthy and happy apple tree in your backyard will definitely let you relish those red apples with complete peace of mind. Beware of those heavy-handed pruning by unprofessional tree surgeons. Seeing those branches laden with rosy red fruits is almost like a dream come true for every owner.

Maintaining even the healthy condition of the tree almost becomes a daunting task during the month of August with the leaves becoming distorted and fungally infected. But with the right surgeon by your side, there’s nothing to worry about. They are aware of all the vital steps of pruning which can bring the apple tree to its former health and enhance its productivity.

Lean the ladder and tie it to a strong branch. Make sure that the rope is looped twice to ensure safety. Climb the ladder and spot the unproductive upright stems, diseased and crossing boughs. Use a piece of chalk to mark those branches. Unless they are removed, fresh air can’t move freely through the foliage and the fruit.

Select a position above the branches you are cutting and it will become easier for you to prune those. Don’t try to tackle a bough in one go but cut it off in sections. Use a saw to cut the underside of the bark and then target the top. This will reduce the chances of the bark tearing off even if the bough breaks down before the sawing ends. Keep on shifting the ladder as and when necessary.

If there is still some unwanted bough, use the saw to do the final cut together with the Branch Collar. This is a raised ring of bark where the branch joins the trunk or meets another branch. This final cut ensures regrowth of the bark really fast as a majority of the growth cells are found in these nodes. The cuts are sealed and you require painting them.

All professional tree surgeons in Kingston excel in the art of using secateurs to get rid of those upright epicormic wands. Their complete focus is on cutting off those sprouts from the central branches and trunk. If the tree’s canopy has a gap, a few branches are kept so that they can grow and fill up the gap. Congestion is prevented by removing the close branches.

Trace down the brown or mummified apples from the canopy and collect those. They are generally affected with brown rot fungus. Getting rid of those bad or rotten apples is a must as it can prevent the fungus from causing canker by spreading to new crops.

Almost every tree surgeon in Richmond, Weybridge, and Guildford adopt the steps stated above while pruning apple trees so that it has higher light levels and offer better circulation.